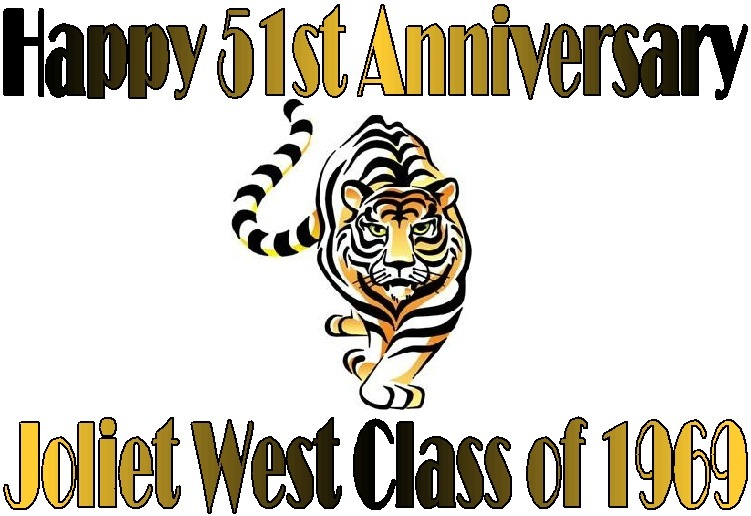 Comments from our Reunion Committee and our emcee, Reverend Steve Plank
on the first anniversary of our 50th Class Reunion!

And new - a slide show from Phil Pasteris!

During our mini-reunion at Merichka's in 2017, I stood up and blurted out "Hey guys, what are we doing for our 50th"?  After being named reunion committee chair, the group must have had immediate reservations.  They promptly appointed Char as co-chair and made my beloved (Kathy) promise to help me.

My first reaction was to say to myself..."me and my big mouth".

As it turns out, that was one of the best things that has ever happened to me.

There were two high points for me last year, the reunion and the process of planning it.

Normally, I would start out striving to form a team out of those dear souls that volunteered to serve on the committee.  That actually happened naturally and without any effort on my part.

At our first meeting, we were joined by the Chair of the Class of '68's reunion.  Their committee had twice as many members as we did and a stash of cash handed to them by the previous reunion committee.

Our guest respectfully expressed concerns about our ability to tackle this large effort with the limited resources we had.

From there we met, dreamed, worked and succeeded in planning a highly successful three-day reunion.  Afterwards, we continued to meet to celebrate and enjoy the camaraderie we had established.

This Sunday, September 20, 2020; we will once again convene via zoom for a virtual cocktail hour!

For me the big thing was finding out how special everyone is. There were many people that I knew but found out new things about. There were many other people I didn’t know well and found out how cool they really are. I also loved hearing people talking about “someone’s mother or brother” and how smart, funny, etc. they are or were.

I am a people watcher - always have been - and I had a great time observing at the reunion. But while I can be quiet I also enjoyed engaging.

This increased knowledge also produces sadness. “Look at what I missed all these years!” It makes me want to try to catch up with some new friends as fast as possible at a time when that isn’t fully feasible, certainly not in the time of the pandemic.

I was also impressed with how well everyone has done in their life, by many standards. We are not all rich but most people seemed happy or content. I learned a great lesson from an old colleague. “Happiness does not last. Contentment lasts. I am very content.” Willa Gordon

It was nice to see that most people appeared to be content in their lives.

It was an honor to serve on the committee with my "new" old friends.  The event we designed (& delivered!) was a thing of beauty wrought of a
great deal of hard work, inspiration, good humor, and valuable experience from our friend Lorin Lynch.

I knew some of the members slightly, and others (ahem) quite well. Scott was "my people" through Individual events and tutoring Vic Reato. Deb
Gilbert and Jan were "my people" from Choir (I can't remember, was Lainie in Choir?)

Tom Roach I knew peripherally through Tom McCabe, but knew we were politically aligned.  Char and I never hung out, but we should have! She's a delight!! Rick was in Homeroom as was a certain very sweet kid with whom I ate many lunches. I think everyone knew Nick but he is a new friend for me, and now I seem to see him everywhere.  Ha!

As we get older, opportunities to meet new people and form new friendships get fewer and farther between. The committee has helped in this regard, and I hope we can maintain social activities going forward. (When Covid-19 slacks off and we can go back to "normal"!)

I think the most satisfying thing, personally, about going to the football game, drinking and talking at Jameson's, the prison tour and the dinner, was seeing so many of the folks I knew from Taft Elementary and my first day of kindergarten. It was rather emotional is its own quiet way.

I would be remiss if I didn't praise the shorthand skills, and organizational prowess of Kathy and Maria Macris. (Not to mention the hospitality and culinary skills of the ladies at the Macris outpost.) Thanks!!

I must also address the warmth and generosity of Susan Roach who kept the food AND the wine coming with grace and charm.

Another callout to Rick Tapio - he was our inside man in the promotions and souvenirs department. Without his guidance i know I would have been lost.  Thanks, Rick!!

Looking back on the preparations that were made for our Joliet West Class of 1969 50th Reunion, I can honestly say I don’t know how we did it, but we did it.

Our first meeting at the home of chairman Nick Macris, was daunting, to say the least.  We had invited a member of the Class of 1968, Lorin Lynch, to our meeting to find out how they organized and carried out their celebration, and after he shared his information with us and we looked at what we had (or didn’t have), the prospects looked, frankly, dismal.

We had no money.  We had a list of names and addresses of classmates that was decades old.  No email addresses and no phone numbers.  Add to that, classmates whose last names had changed, and classmates who had moved several times.  The Class of ’68 had twice as many committee members, money, and more up-to-date information.

Did that stop us?  No.  We came up with a plan: committee members volunteered to do research, make spreadsheets, and come up with a seed money fundraiser.  We planned activities for the weekend of September 20-22, and began to advertise the event with our own private Facebook page.  The committee members paid ahead for the tour, banquet and breakfast, which helped fatten our checkbook.  We booked a venue, a band, a caterer, tours.  And during those months and months of work, I became friends with people I had known in high school but had never been close to.  I had an awesome Decorations Committee, who pitched in and learned how to make paper roses, helped assemble the lanterns, and made sure we had all that done months ahead of time, which gave me more time to work on other aspects of the reunion.  So there’s two more groups of new old friends.

And the Class of '69 got on board with enthusiasm by ordering reunion T-shirts, made donations, and signed up for the planned events.

The week before the reunion was a blur; and adding to the stress was a poor forecast for using the rooftop at the Museum for our banquet.  Sure enough, that night it poured rain.  But wasn’t that appropriate, considering what happened on our graduation day?  However, between the great staff at the Museum and our committee, we got everything set up inside, and the banquet went off without a hitch.  The previous evening, we sat in the bleachers at Klootwyk Field in our reunion t-shirts and cheered on the 2019 Tiger football team, enjoyed the halftime show by the Marching Tigers, and the next day, we toured our alma mater, most of which was unrecognizable to us ‘69ers because of all the additions after we graduated.  We also toured the infamous Joliet prison, and on Sunday, concluded with a delicious brunch at Al’s Steakhouse.

Even though I was exhausted when it was all over, it was one of the best experiences in my life.

I had never been to one of our High School reunions before our 50th. I had an awesome excuse! After all, I was a pastor, and I didn’t have what most everyone else had… you know, those thing called “weekends.” Of course, I could have taken some vacation time and attended; I had four weeks of it, after all, which is more than most people have. But the truth is that I never wanted to attend.

I’d heard stories about reunions. I’d heard of people who would show up and brag to anyone and everyone: about how much money they were making, about their rapid rise up the corporate and societal ladder, about the number of influential people they had met, about folks gathering in the same “elite” cliques that they had been part of in high school, and on and on and on, ad nauseum. Frankly, I had no interest in that. But to be totally honest, I didn’t want to attend because I didn’t want to be judged… How much weight had I gained? Didn’t I want to have a job that made a real impact on the world? Why would I choose a “career” where I would never, ever make the kind of money that I could have in other “professional” fields? I just didn’t want to be put in a place where I might well have to explain – or explain away – my choices. But the truth is I didn’t want to face some of those questions myself. And again, to be brutally honest, I didn’t want to be in a position where I compared myself and my life with the kinds of “success” I probably would see in others. So I never attended a reunion.

But then, as the years – alright, the decades! – rolled by, I knew that 2019 would be coming up, and that would be our 50th class reunion. 50 years! How could that be? I’d always thought that only really old people had 50-year reunions! And now I was one of those old folks! And yet my curiosity was already churning. I began to remember all of the friendships I’d made in high school. I began to wonder how people were doing. I began to remember the people we had lost to death while still in school, and I felt the sobering reality of our own mortality. I began to realize that there were people I really wanted to see again… before such an opportunity was gone for good.

And then I got this crazy email. “Hey, Steve. It’s Jan from the Reunion Committee. We were wondering if you’d be willing to consider being the emcee for our Saturday evening event.” “What,” I wanted to scream? “You all have no idea if I can even put together two coherent sentences!” But, of course, public speaking was not something with which I was unfamiliar! And so it really didn’t take me long to agree. In fact, I felt honored.

Words really aren’t adequate to describe the absolutely amazing time both my wife and I had at the Reunion! Seeing old friends began, in fact, before any of the planned events! After all, shouldn’t I have expected to run into former classmates when I introduced my wife to lunch at Merichka’s? We only attended the Saturday night supper, but what an amazing event! The committee did an outstanding job of putting together the program, posters, old pictures, and the setting! It was more wonderful than I could have imagined. It was awesome to reconnect with so many folks… many of whom I recognized without even looking at their name badges! The weekend was filled with nothing but good, warm feelings and memories.

And you know what? It’s these kinds of connections, across the years and across the country, that give me some degree of hope today. In the midst of the divisiveness and insanity that fills our lives and our news reports, it is personal connections that give me hope. Knowing that friendships can endure, even after not seeing each other for 50 years, gives me hope. Remembering that there are good, decent people whom I know and who are spread around the country gives me hope.